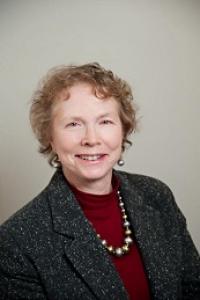 Maureen Stanton is Vice Provost for Academic Affairs and Professor of Evolution and Ecology.VP Stanton served as Chair of the Department of Evolution and Ecology (2005-2011), is a member of the American Academy of Arts and Sciences and has received numerous awards for her research and teaching, including the UC Davis Prize for Teaching and Scholarly Achievement (2005).  She has also served as the Vice-President of the American Society of Naturalists (2001), a Senior Advisor for the National Evolutionary Synthesis Center (NESCent), and is a fellow of the California Academy of Sciences.

VP Stanton’s research focuses on how plant and animal populations adapt to environmental change, whether caused by natural processes or human activities, knowledge that is critical for predicting the long-term consequences of climate change, biological invasions and other alterations of global ecosystems.

VP Stanton is also an ex-officio member of the UC Davis ADVANCE Policy and Practices Review and CAMPOS initiatives.