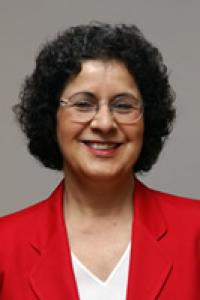 Dr. Joseph has been a faculty at the University of California, Davis since 1976 where she is Distinguished Professor of Anthropology and Women’s Studies, and Faculty Assistant to the Chancellor.  She is founding Director of the Middle East/South Asia Studies Program at UC Davis and  was awarded the UC Davis Prize – the largest undergraduate teaching andresearch prize in the United States. Most of her anthropological field research has focused on her native Lebanon. Josephdeveloped a long-term research program on the interface of gender, family and state in the Middle East, with a focus onLebanon, with comparative work in Iraq. Central to this research program has been her work theorizing culturally situated notions of “self”, “rights”, “citizenship” in the context of different political regimes and in the context of the pressures and processes of globalization. She leads a project analyzing the representation of Arabs, Muslims, Arab American, and Muslim Americans in major American print news media. Prof. Joseph is the founder of the Middle East Research Group inAnthropology (which evolved into the Middle East Section of the American Anthropological Association), founder of theAssociation for Middle East Women’s Studies (AMEWS) and the Arab Families Research Group. She founded and directs a five-university consortium including the American University of Beirut, the American University in Cairo, the Lebanese American University, Birzeit University, and UC Davis. She was president of the Middle East Studies Association of North America in2010-2011. She is co-founder and founding president of the Arab American Studies Association and co-founder of theAssociation for Middle East Anthropology.  She is General Editor of the Encyclopedia of Women and Islamic Cultures.  She has edited or co-edited 8 books, and published over 100 articles in journals and books.