The 13 Most Important STEM Colleges For Women Forbes
Natalie Sportelli 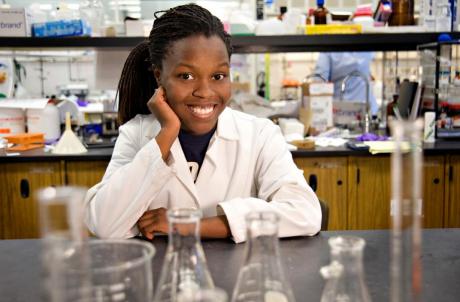 Women are underrepresented in STEM fields. It’s a well-documented fact that fewer collegiate women seek and earn degrees in science, technology, engineering and mathematics-related programs than their male classmates. Why does this gap exist? Some reports suggest that women may feel intimidated by being the minority in science classrooms or face work-life balance hurdles getting an advanced degree while raising a family. U.S. Census data from February 2016 shows that women make up 14% of engineers, around 45% of mathematicians and statisticians and 47% of life scientists. But, the number of women in STEM is slowly trending upwards. Data shows that the STEM workforce was comprised of 26% women in 2011, compared to 23% in 1990.

There are several indicators that the number of women in STEM is on the rise, along with programs designed to encourage women to join the field. Getting young women into STEM may start as early as grade school and high school, but college proves to be the time where their academic interest turns into a major which could turn into a job.

Using our 2016 Best Value colleges ranking, we determined which schools are helping launch women into STEM professions. To do this, we took a look at the Best Value colleges, sorted by schools specializing in STEM, and found the rate of attendance by women. We turned up 13 diverse institutions with heavy female representation.

So, what’s the secret to helping women succeed in STEM? Offering support systems could be key. UC Davis is home to CAMPOS, or the Center for the Advancement of Multicultural Perspectives on Science, which offers aid, including mentoring and career guidance, to women and Latina women in STEM. The center is part of a larger UC Davis ADVANCE initiative, a National Science Foundation program aiming to increase participation for women pursuing STEM careers. ADVANCE also strives to promote diversity within school leadership and faculty, specifically professors in STEM fields.

Cornell offers the EWISE (Empowering Women in Science & Engineering) Symposium, which brings together students, faculty, postdocs and more to learn from notable professionals in the field during workshops and panel discussions. It also promotes an annualWomen in STEM Policy seminar which convene women in science and health fields to discuss topics like salary negotiation and government jobs in the field.

Right now, there is a prevalent national focus on supporting women in STEM. Combined, such nationwide and campus-specific programs can offer young women a chance to succeed in STEM after graduation.