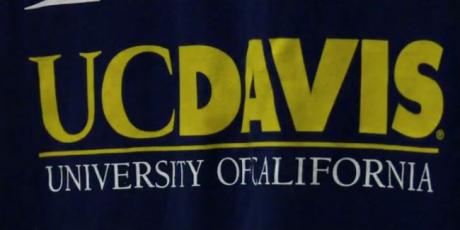 U.C. Davis has been named the number one best-value school for women in STEM (that’s science, technology, engineering and mathematics) by Forbes.

Davis said it has the highest percentage of women STEM majors of all UC campuses; under Chancellor Linda Katehi, the school has made a commitment to hiring more women faculty in STEM, as well.

“I was always one of the very few women as an undergrad, graduate student and faculty member,” Katehi said, an electrical engineer by training. “I also felt very isolated and I thought it was so critical to increase the numbers and to provide more opportunities for women to become engineers, to become scientists.”

Campus groups like the Society of Women Engineers and initiatives like CAMPOS, the Center for the Advancement of Multicultural Perspectives on Science, are helping female students succeed in STEM majors.

“I’m not only a woman going into engineering, but I’m also a first-generation American, and a minority student as well. Statistically speaking, that should put me at the worst disadvantage ever, but I had not felt that way. In fact, I felt like I was given so many opportunities going into engineering that I was ahead of the game,” civil engineering major Laila Hassen said.

Graduating senior Marilyn Vergara said that while there weren’t many women in the mechanical engineering, her older mentors helped.

“I’ve tried to not notice it or push it back and focus more on being a student rather than have my gender affect me,” Vergara said.

“Diversity is important for many reasons. It’s important from a functional point of view and a fairness point of view. I don’t bring this up all the time with students or postdocs or other people, but I just think it’s the natural way we should do things,” Eisen said.

The approach is clearly paying off. When Vergara graduates in two months, she’ll be headed to an engineering job at Santa Clara-based Applied Materials. She said she’s not intimidated to be going into the engineering field as a professional.

“I’ve found out that it’s been a rough ride so far but I’ve been able to get through it with the help of others and motivating myself as well. So I’ll just have to continue doing that and doing the best job possible,” Vergara said.