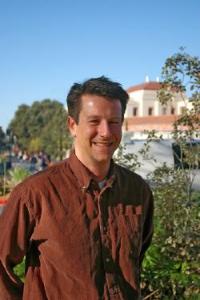 Jay Stachowicz, Professor of Evolution and Ecology at UC Davis, researches the ecological causes and consequences of biodiversity. He is the current director of the Center for Population Biology. Dr. Stachowicz has found seaweeds and marine invertebrates to be particularly tractable experimental subjects and has conducted research involving a diverse suite of invertebrate taxa including corals, hydroids, crabs, echinoderms, polychaetes, ascidians, bryozoans, and gastropods.

The main issues his research has focused on the effects of species diversity on communities and ecosystems; the ecological consequences of genetic diversity; positive interactions and mutualisms; the ecology and evolution of decorator crabs; and biological invasions. Dr. Stachowicz is the recipient of the UC Davis College of Biological Sciences Teaching Award (2011), the Aldo Leopold Leadership Fellowship (2008) and was a UC Davis Chancellor’s Fellow (2007-2011). Dr. Stachowicz earned his Ph.D. from the University of North Carolina, Chapel Hill.