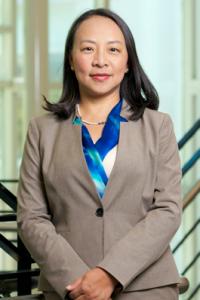 Li Zhang is the Interim Dean of the Division of Social Sciences within the College of Letters and Sciences, and previously served as Department Chair and Professor of Anthropology. Her research is on the social, political, and cultural repercussions of market reform and socialist transformations in contemporary China. She completed her second book that examines the social and spatial implications of housing privatization and the making of the new middle classes in urban China. Her new research project explores the “inner revolution” brought by the market transition through examining an emergent psychotherapy and psychological counseling movement in Chinese cities.

Dr. Zhang was a 2008 Guggenheim Fellow. Her research has been funded by the National Science Foundation, the Fulbright-Hays, the Wenner-Gren Foundation, the Committee on Scholarly Communication with China, and the University of California President’s Office among others.

Dr. Zhang received her doctorate in Anthropology from Cornell University and her M.A. degree in Social Relations from UC Irvine. She was a postdoctoral fellow at the Fairbank Center for East Asian Research at Harvard University. She also studied Chinese literature and literary theory at Peking University and received her first M.A. there, as well as her B.A.