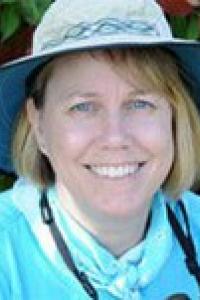 Lynne A. Isbell is a Professor of Anthropology at UC Davis. Her research focus is largely focused on primate behavior and ecology, especially food (competition, spatial and temporal distribution, abundance, and nutrition), predation, dispersal, and ranging behavior; Primate evolution, especially where, how, and why primates originated. As a committee member of the UC Davis ADVANCE Mentorship and Networking Initiative, Dr. Isbell is interested in implicit bias in academia.

Dr. Isbell is field-oriented, and has engaged in multi-year fieldwork in Uganda and Kenya, with briefer forays into Madagascar, Tanzania, Rwanda, and the Democratic Republic of the Congo. Recently, she has also published research on the gender bias at the annual American Association of Physical Anthropologist annual meetings, as demonstrated by the relative number of talks and posters presented. Dr. Isbell received a Ph.D. in Animal Behavior from UC Davis.

Authored book: Isbell, L.A. 2009 (paperback edition, 2011). The Fruit, the Tree, and the Serpent: Why We See So Well. Harvard University Press, Cambridge, MA.

2011 The Fruit, the Tree, and the Serpent, Pick of the Paperbacks selection, Telegraph (London)

2010 The Fruit, the Tree, and the Serpent, Runner-up, The Atlantic Books of the Year Award

2009 The Fruit, the Tree, and the Serpent, CHOICE Outstanding Academic Title