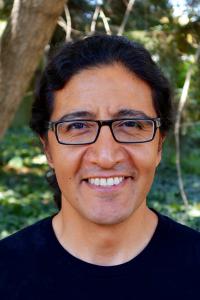 His research group is involved in quarkonium measurements from particle collisions.  One focus of this research is the new material state called the Quark-Gluon Plasma, a state produced by the collision of nuclei at the highest possible energies in order to make matter that is hotter than the sun for an instant and one that produces a new state of matter in which the protons and neutrons have melted into their more elementary constituents – quarks and gluons. Dr. Calderón de la Barca Sánchez’ research is supported by numerous grants from NSF, and he is the recipient of an NSF CAREER award (2007). He was also a nominee from the UC Davis Association of Students for Excellence in Education (2012). He holds a Ph.D. from Yale University.