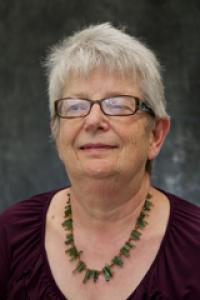 Alexandra Navrotsky was educated at the Bronx High School of Science and the University of Chicago (B.S., M.S., and Ph.D. in physical chemistry). After postdoctoral work in Germany and at Penn State University, she joined the faculty in Chemistry at Arizona State University, where she remained till her move to the Department of Geological and Geophysical Sciences at Princeton University in 1985. She chaired that department from 1988 to 1991 and has been active in the Princeton Materials Institute. In 1997, she became an Interdisciplinary Professor of Ceramic, Earth, and Environmental Materials Chemistry at the University of California at Davis and was appointed Edward Roessler Chair in Mathematical and Physical Sciences in 2001.

Her research interests have centered about relating microscopic features of structure and bonding to macroscopic thermodynamic behavior in minerals, ceramics, and other complex materials. She has made contributions to mineral thermodynamics; mantle mineralogy and high pressure phase transitions; silicate melt and glass thermodynamics; order-disorder in spinels; framework silicates; and other oxides; ceramic processing; oxide superconductors; nanophase oxides, zeolites, nitrides, perovskites; and the general problem of structure-energy-property systematics. The main technical area of her laboratory is high temperature reaction calorimetry. She is director of the UC Davis Organized Research Unit on Nanomaterials in the Environment, Agriculture and Technology (NEAT-ORU). She has published over 700 scientific papers.

Honors include an Alfred P. Sloan Fellowship (1973); Mineralogical Society of America Award (1981); American Geophysical Union Fellow (1988); Vice-President, Mineralogical Society of America (1991-1992), President (1992-1993); Geochemical Society Fellow (1997). She spent five years (1986-1991) as Editor, Physics and Chemistry of Minerals, and serves on numerous advisory committees and panels in both government and academe. She was elected to the National Academy of Sciences in 1993. In 1995 she received the Ross Coffin Purdy Award from the American Ceramic Society and was awarded the degree of Doctor Honoris Causa from Uppsala University, Sweden. In 2002 she was awarded the Benjamin Franklin Medal in Earth Science. In 2004, she was elected a Fellow of The Mineralogical Society (Great Britain) and awarded the Urey Medal (the highest career honor of the European Association of Geochemistry). In 2005, she was bestowed with the Spriggs Phase Equilibria award for her collaboration with Dr. Masao Morishita on the paper “Calorimetric Study of Nickel Molybdate: Heat Capacity, Enthalpy, and Gibbs Energy of Formation”. In 2006, she received the Harry H. Hess Medal of the American Geophysical Union. In October 2009, she received the Roebling Medal, the highest honor of the Mineralogical Society of America. In 2011, she became a member of the American Philosophical Society.