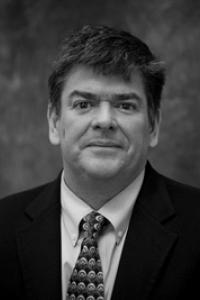 Enrique Lavernia returned to his post as dean of the College of Engineering, a position he previously held from 2002 to 2009, after serving as the provost and executive vice chancellor of the University of California, Davis, from January 2009 to December 2010. Prior to arriving at Davis, Lavernia served as chair and chancellor’s professor in the Department of Chemical Engineering and Materials Science at UC Irvine.

Dean Lavernia is a fellow of the American Society of Mechanical Engineering, the American Association for the Advancement of Science, ASM International, MRS and TMS. In 2011 Dean Lavernia received the Hispanic Engineer National Achievement Award (HEENAC) from Great Minds in STEM, and the Distinguished Scientist Award from Society for the Advancement of Chicanos and Native Americans in Science (SACNAS). He is also the recipient of the ASM International 2013 Gold Medal Award and presented the ASM 2013 Edward DeMille Campbell Memorial Lectureship in 2013. He was the 2005 recipient of the Outstanding Engineering Alumnus Medal from Brown University. In 2013, Dean Lavernia was elected to the National Academy of Engineering “for contributions to novel processing of metals and alloys, and for leadership in engineering education.”

Dr. Lavernia holds a faculty appointment within the Department of Chemical Engineering and Materials Science at UC Davis, where he was promoted to Distinguished Professor in 2007.  His research interests include the synthesis and behavior of nanostructured and multi-scale materials with particular emphasis on processing fundamentals and physical behavior; thermal spray processing of nanostructured materials; spray atomization and deposition of structural materials; high temperature-high pressure atomization processes; and mathematical modeling  of advanced materials and processes. He has published 500 journal and 200 conference publications on topics ranging from nanomaterials to extremely strong aluminum alloys.  Lavernia earned his B.S. with Honors in Solid Mechanics from Brown University, and his M.S. in Metallurgy and Ph.D. in Materials Engineering, both from the Massachusetts Institute of Technology.