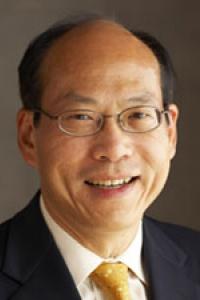 Francis Lu is the Luke and Grace Kim Endowed Professor in Cultural Psychiatry, Director of Cultural Psychiatry, and Associate chair for Medical Student Education at the UC Davis Health System. Dr. Lu’s career has focused on cultural competence and diversity, mental health disparities, psychiatric education with an emphasis on recruitment and mentorship, and the interface of psychiatry and religion/spirituality especially through film.

He currently works with both the Asian American Center on Disparities Research and the Center for Reducing Health Disparities at UC Davis and has served on the California State Department of Mental Health Cultural Competence Advisory Committee since 1996. The American Psychiatric Association (APA) awarded him the 2001 Kun-Po Soo Award for his work in integrating Asian issues into psychiatry; in 2002, he received a Special APA Presidential Commendation for his work in cross-cultural psychiatry. In 2008, the American Psychiatric Foundation awarded him one of its Advancing Minority Mental Health Awards and the Association for Academic Psychiatry honored him with its Lifetime Achievement in Education Award.  He currently serves as an issues representative on the National Steering Committee of the Association of American Medical Colleges Group on Diversity and Inclusion and as chair of the University of California Committee on Affirmative Action and Diversity of the Academic Senate. He received an M.D. from Dartmouth Medical School.