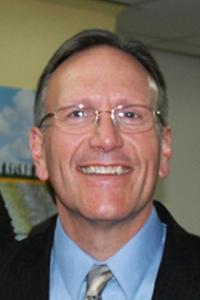 George R. Mangun is Dean of the Division of Social Sciences, and Professor of Psychology and Neurology in the Center for Mind and Brain at UC Davis. Mangun, an international leader in cognitive neuroscience, received his Ph.D. in 1987 from the University of California, San Diego. He began his professorial career in 1990 at Dartmouth College and Medical School in the Program in Cognitive Neuroscience, where he also served as director of the graduate program. In 1992, he joined the Psychology Department at UC Davis as one of the founding faculty members of the Center for Neuroscience. But in 1999, he was tapped by Duke University to found and direct the interdisciplinary Center for Cognitive Neuroscience, where he established one of the nation’s most prominent programs for the study of the human brain and mind, recruiting award-winning scholars and developing a strong new graduate training program in cognitive neuroscience. Mangun was recruited back to UC Davis in 2002 to found the Center for Mind and Brain, a major new campus initiative, which he directed until 2009. The center comprises seventeen faculty laboratories that are supported by more than $16 million in active federal and private grants addressing a range of scientific questions at the cutting edge of mind and brain research, in health and disease (see http://mindbrain.ucdavis.edu/).

Mangun is past Editor of Cognitive Brain Research, and was a Senior Editor for Brain Research – he is currently an Associate Editor for the flagship journal in his field, the Journal of Cognitive Neuroscience.  He is also currently the Editor-in-Chief for the new series The Neuroscience of Attention (Oxford University Press), the first volume of which was published in 2012, and is the Director of the NIMH Summer Institute in Cognitive Neuroscience, a training program that brings together 70 doctoral and postdoctoral fellows with 30 faculty members for an intensive two-week course every summer (see http://sicn.cmb.ucdavis.edu/). In 1994, he and his colleagues at Harvard and Berkeley founded the international Cognitive Neuroscience Society, which hosts an annual meeting and has more than 2000 members worldwide (see http://www.cogneurosociety.org/). Mangun consults and serves on numerous editorial boards and advisory and review committees nationally and internationally, including for the National Institutes of Health (NIH), the National Science Foundation (NSF), the Academy of Finland, the Wellcome Trust (U.K.), the Dutch Science Foundation (NWO), the National Research Council of the U.S. National Academies, and the European Research Council (ERC). He is currently a member of the external advisory boards for academic institutes and centers in the U.S., Germany, Finland and Spain.

Mangun’s research incorporates electrophysiological and functional neuroimaging methods in the study of the mechanisms of human perception, attention and awareness. His laboratory in the Center for Mind and Brain pursues research on attention mechanisms in healthy and patient populations, and collaboratively, in animal models. This research is funded by the National Institute of Mental Health and the National Science Foundation.