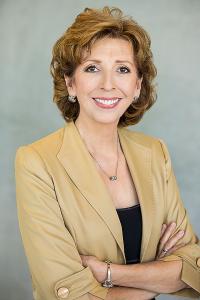 Professor Katehi served as the sixth chancellor of the University of California, Davis, from August 2009 to August 2016. As chief executive officer, she oversaw all aspects of the university’s teaching, research and public service mission. As Chancellor, Linda Katehi advanced a number of crucial initiatives that have enhanced UC Davis’ reputation for excellence, including the 2020 Initiative, the UC Davis ADVANCE program, the establishment of the UC Davis World Food Center, and the university’s first-ever $1 billion comprehensive fundraising campaign – the Campaign for UC Davis. The campaign inspired more than 109,739 donors to commit $1.13 billion to the university. Previously, Professor Katehi served as Provost and Vice Chancellor for Academic Affairs at the University of Illinois at Urbana-Champaign (2006 – 2009); the John A. Edwardson Dean of Engineering and Distinguished Professor of Electrical and Computer Engineering at Purdue University (2001 – 2006); and Associate Dean for Academic Affairs and Graduate Education in the College of Engineering and Professor of Electrical Engineering and Computer Science at the University of Michigan (1984 – 2001).

In August 2016, Professor Katehi retired from her administrative service and became Chancellor Emerita and a Distinguished Professor in Electrical and Computer Engineering at UC Davis. In October 2015, she was awarded the National Academy of Engineering Simon Ramo Founders Award for her visionary leadership in engineering research. Katehi was the first woman to be honored with this award. Her work in electronic circuit design has led to numerous national and international awards both as a technical leader and educator, 19 U.S. patents, and several additional U.S. patent applications. She is the author or co-author of 10 book chapters and over 700 refereed publications in Technical Journals and Symposia Proceedings. Professor Katehi is a member of the National Academy of Engineering (NAE), she chaired until 2010 the President’s Committee for the National Medal of Science and the Secretary of Commerce’s committee for the National Medal of Technology and Innovation. She is a fellow of the American Association for the Advancement of Science (AAAS), a member of the American Academy of Arts and Sciences, a fellow of the Institute of Electrical and Electronic Engineers, and a founding member of the National Academy of Inventors (NAI). In her 34 years of service to higher education, Professor Katehi focused on expanding research opportunities for undergraduates and improving the education and professional experience of graduate students, with an emphasis on underrepresented groups. She has mentored more than 70 postdoctoral fellows, doctoral and master’s students. Twenty-four of the 44 doctoral students who graduated under her supervision have become faculty members in research universities in the United States and abroad. She earned her bachelor’s degree in Electrical and Mechanical Engineering from the National Technical University of Athens, Greece, in 1977, and her master’s and doctoral degrees in Electrical Engineering from UCLA in 1981 and 1984, respectively.