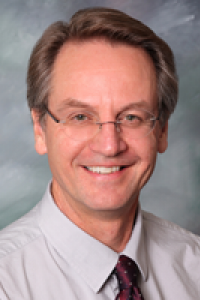 Peter C. Wainwright is a Professor of Evolution & Ecology at UC Davis and Interim Dean of the College of Biological Sciences. He received his B.S. degree in Zoology at Duke University in 1980 and his Ph.D. in Anatomy in 1988 at the University of Chicago. Prior to his appointment at UC Davis in 1999, he was a Professor of Biological Sciences at Florida State University and before that a Postdoctoral Researcher at the University of California, Irvine. Professor Wainwright’s research program focuses on the biomechanics and evolution of fishes. He employs phylogenetic approaches to understand major evolutionary transitions in the history of fishes and how the system of muscles and bones that makes up the skull has been modified during evolution with adaptation to feeding on different prey and with the evolution of major functional novelties. From 2015-17 Professor Wainwright will be the President of the Society for Integrative & Comparative Biology.

Professor Wainwright teaches undergraduate courses in animal diversity and vertebrate anatomy. He also teaches graduate courses in phylogenetics and comparative methods, including the Bodega Applied Phylogenetics Workshop that is taken by graduate students from around the world. He was awarded the University’s Distinguished Undergraduate Teaching Award in 2008 and the College of Biological Science’s Distinguished Teaching Award in 2009. He has been on the editorial board of seven journals and a member of several grant panels for the National Science Foundation. Professor Wainwright chaired the Population Biology Graduate Group from 2001-2007, chaired the College of Biological Sciences Faculty Personnel Committee, and was chair of the Department of Evolution and Ecology prior to joining the Dean’s office.