In 2003 he became Director of the Center of Excellence for Nutritional Genomics, a multi-investigator, multi-institutional research program to study the impact of diet-genome interactions on human health. For his leadership in the field of nutritional genomics, Dr. Rodriguez was selected as the 2008 distinguished lecturer by the USDA-ARS Beltsville Center and in 2009 he received an Honorary Doctorate of Science from the Nara Institute of Science and Technology, Japan. Dr. Rodriguez is a member of numerous scientific organizations and committees and he has been an adviser to the NIH and NSF since 1988. He has published numerous articles and books on molecular biology and biotechnology. Dr. Rodriguez holds 18 U.S. patents and his current research focus is nutritional epigenomics, the study of how dietary factors alter human gene activity by chromatin modification. He holds a Ph.D. from UC Santa Cruz. 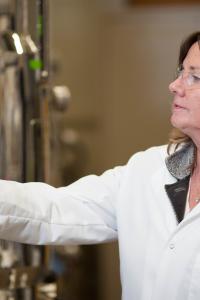